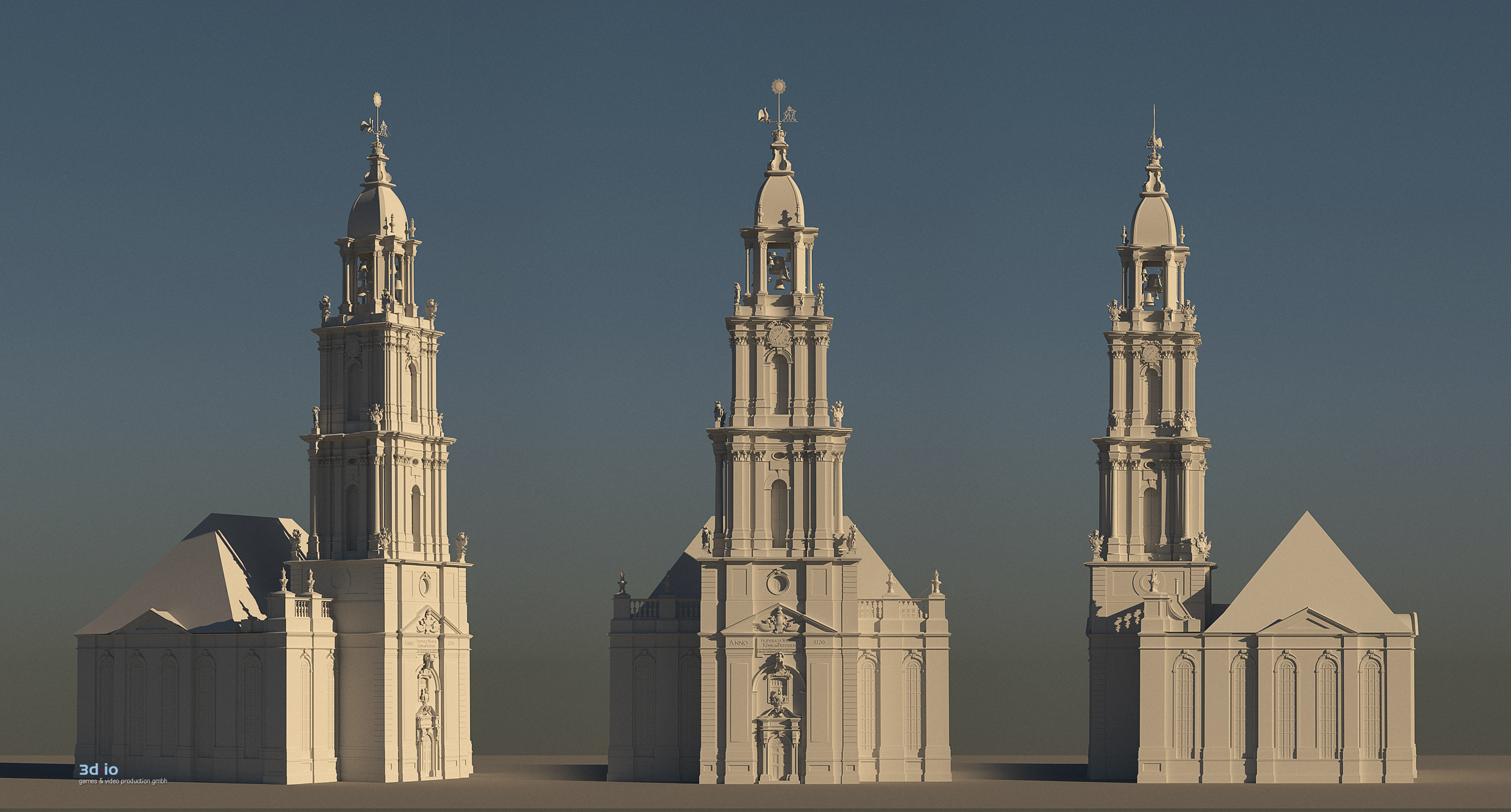 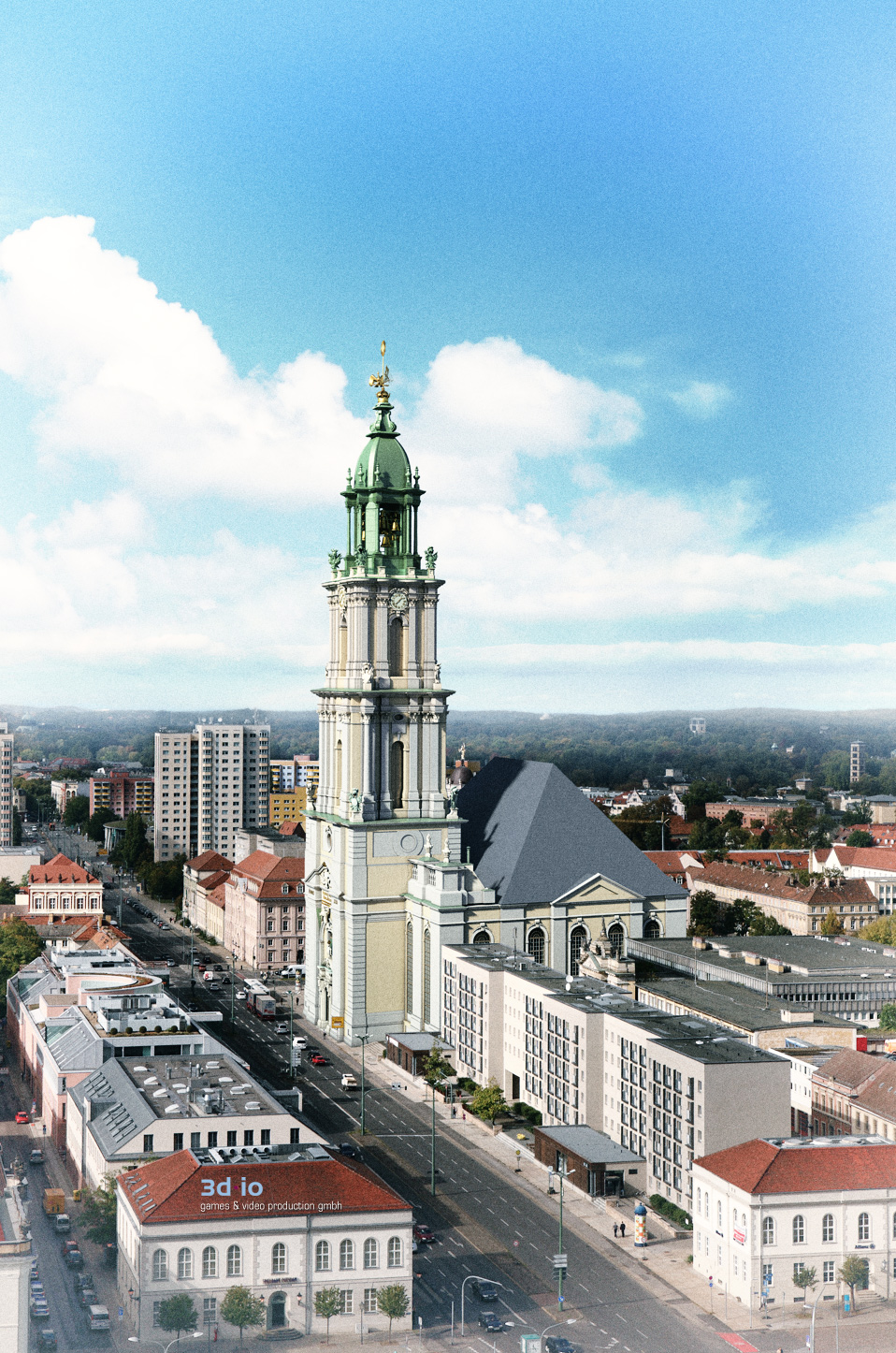 The Garnisonkirche in Potsdam (Berlin) was the city’s tallest structure and valued landmark, until it was partially destroyed during WW2 bombings and finally razed by by the communist regime in the late 60’s as part of a political statement.

Since Germany’s reunification, countless historical buildings destroyed during or after the War have been rebuilt all over the country, more often than not thanks to the support and passion of private citizens.

To support the effort of the Garnisonkirche’s reconstruction we were tasked with creating a 3D animated video showing the church as it would look after being rebuilt as part of Potsdam’s skyline.

The making of this video merged several disciplines: extensive research of all available drawings, photographs and architectural plans pre-destruction, the detailed modelling / texturing / shading of the whole building including highly intricate baroque facade elements, implementation of existing CAD, the creation of photo-realistic matte paintings of Potsdam’s cityscape, and finally combining it all using 3D and projection mapping animations into a lovely theatrical short video with an atmospheric soundtrack.

For more information on the reconstruction please visit: 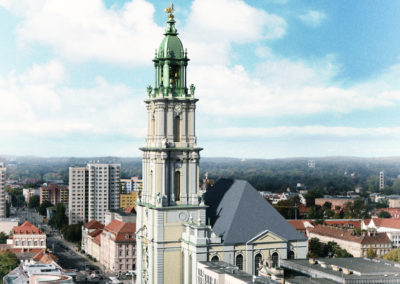 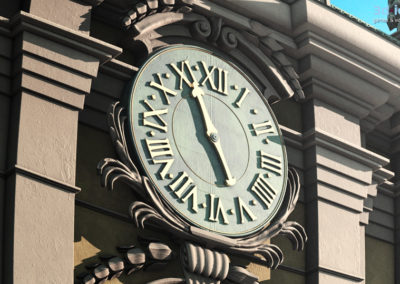 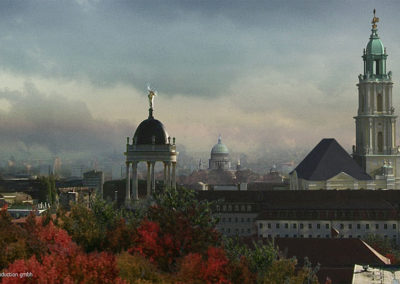 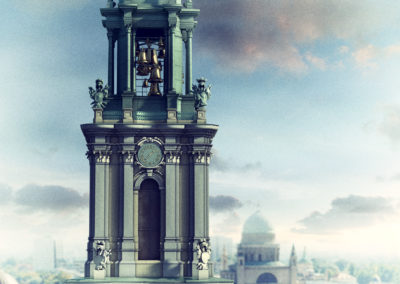 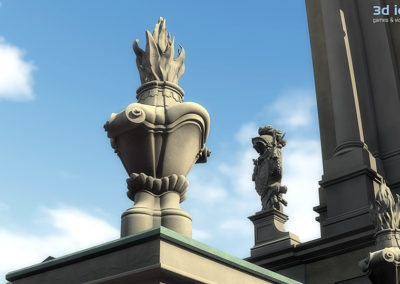 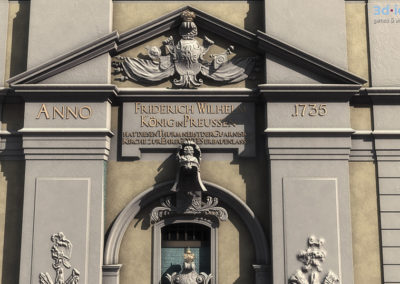 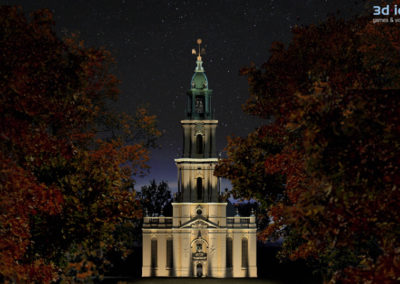 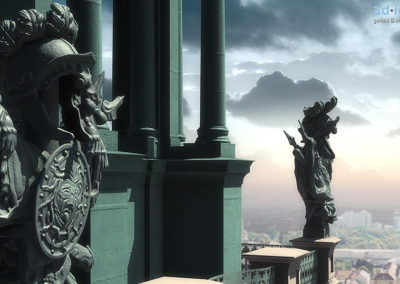 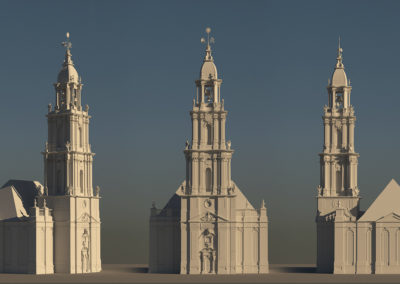 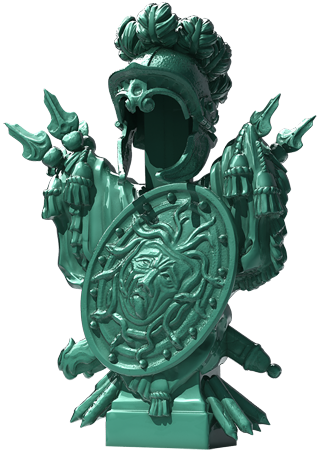 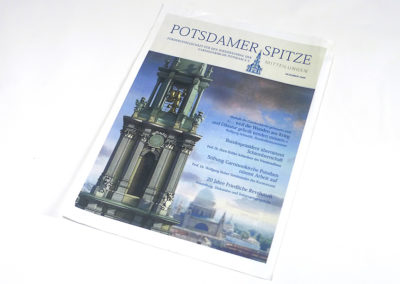